All week there had been some twitchable Semi p's around, so I was hoping to twitch one this weekend after a small influx from North America. Luckly I did'nt have to go far, as Paul Wood found one at Coalhouse Fort Essex. Paul has also found some other great bird's in the past on his patch and many have been tick's for me. It was nice being the first person there to congratulate him. It showed well with some great scope views. It looked more stockier than a little stint, which it was some times feeding with. The primarys were level with its tail. It had dark lores and a clear cut supercilium and its breast sides were more diffusely streaked than the Little Stint. This was a very smart juvenile Semi P. Also the bird could be the one that was found last week at Cliff, which is only a stone throw away. 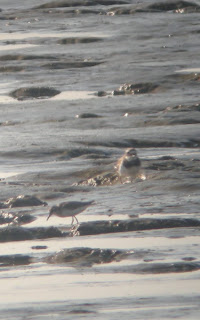 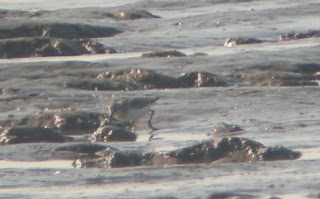