After Saturday's poor sea watch off  Margate with PH and only 4 Bonxie and 3 Artic Skua and 2 Snipe being the highlight of a long day, I was keen to go out Sunday morning and make the most of not ringing due to high winds all weekend.

I started off with a river watch at Rainham Marshes RSPB but singles of Dunlin and Black tailed Godwit was not what I was after. A juvenile Wheatear and a Stonechat were feeding along the rocks near Aveley bay car park was a nice distraction. With the river being quiet I had a look on the local Whatsapp group. Jono and some of the boys at Wanstead flats amazingly  picked up 2 Common Cranes  going east that were seen minutes before at Tytenhanger GPs.

So I jumped into my car and drove to Ferry lane as your a bit nearer the river. I thought - as the Cranes went east from Wanstead they may follow the river?- I know I got very lucky! 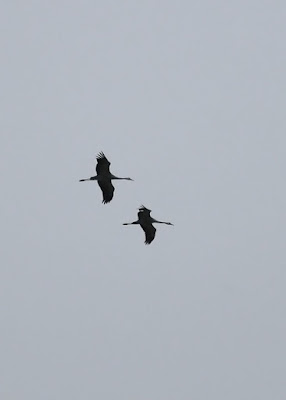 Both went over my head at height and carried on going east over the reserve. And to be honest the speed I got my camera out of the bag was record breaking :) 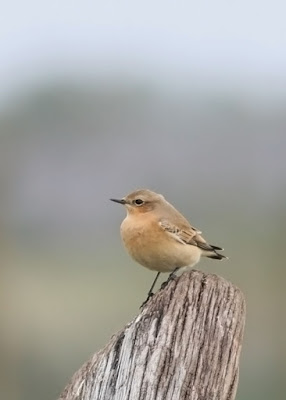 Nice to get the dust of the camera again, I think this is the only Wheatear to be on my blog all year.