Went out with the NTGG at a new site cannon netting for Gulls. A slight delay with the dust cart turning up later than expected meant that we had to take a quick catch as we had to be off site by lunch time. We ringed 323 gulls mostly Herring and had 3 controls from Denmark, Norway and York. Just a few Black headed and some GBBG. However we did see 3 Caspian Gulls all 2cy and 2 Med. With the experience team on site we were able to smoothly process all the gulls in time and safely. It was a fantastic morning ringing! 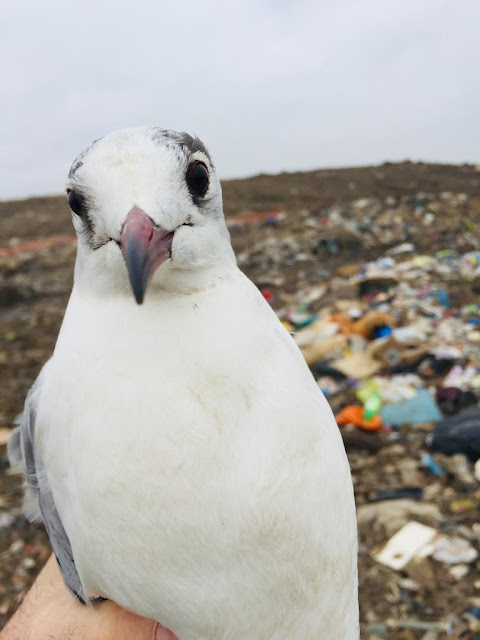 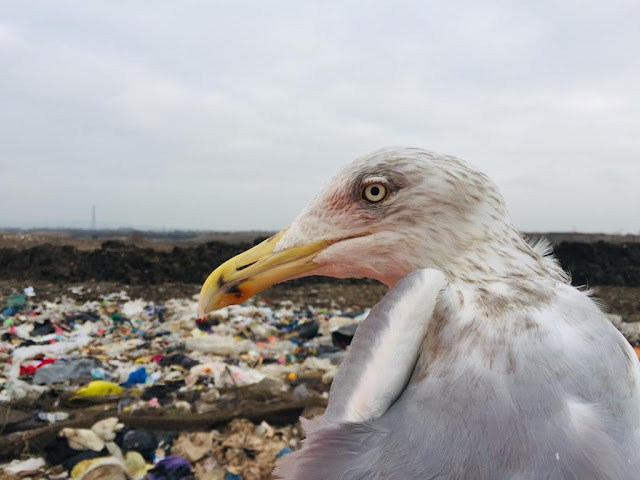 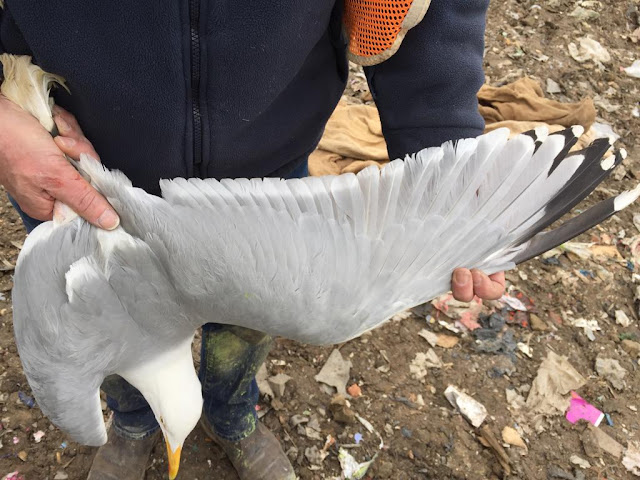 
A short mist net ringing session with Paul H produced double figures but the bird of the day was this female Lesser Redpoll 5. 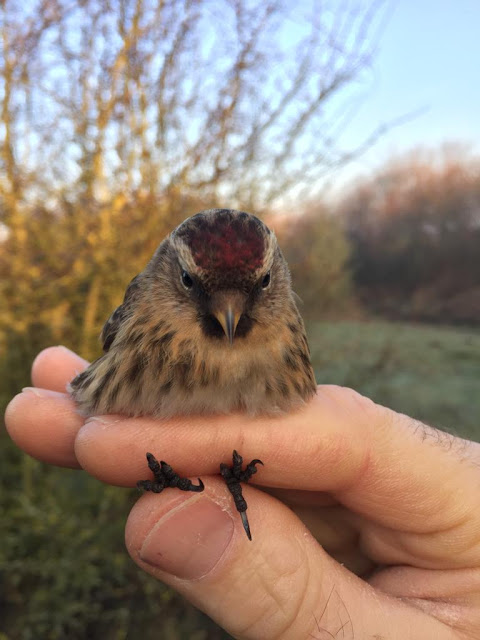 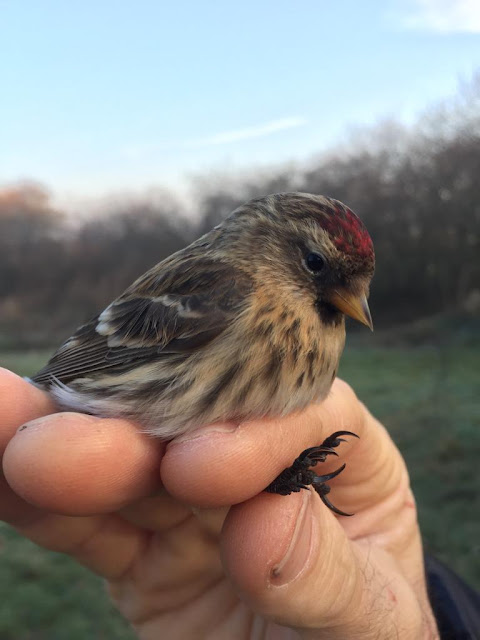 All images taken with the Iphone.

Thanks to Paul Roper and Paul Hawkins for a good weekend..
Posted by Shaun harvey at 00:36 No comments:

After dipping the Glaucous Gull at Rainham Marshes and then the Bonaparte's Gull at Erith in Kent last weekend it was nice to catch up with the latter this morning at 10.40am on the pier. A great find for RB and DS. It showed really well for 25 minutes or so then was lost to view. It's a stunning Adult  and was the first gull I picked out as it sat on the Thames to the delight of other birders who couldn't locate it-I got lucky.

Great to catch up with MS,RS,RB and DS this morning too. 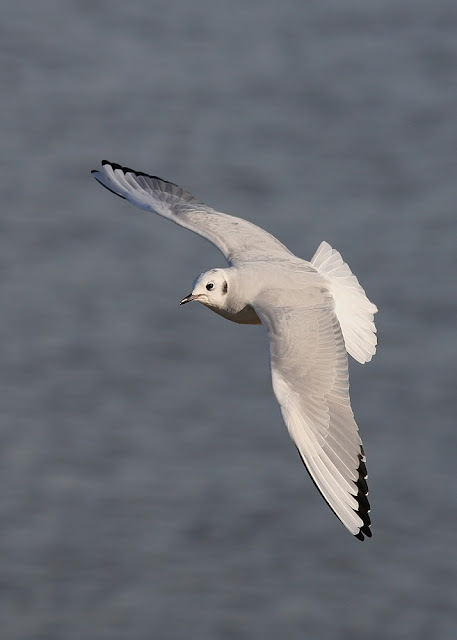 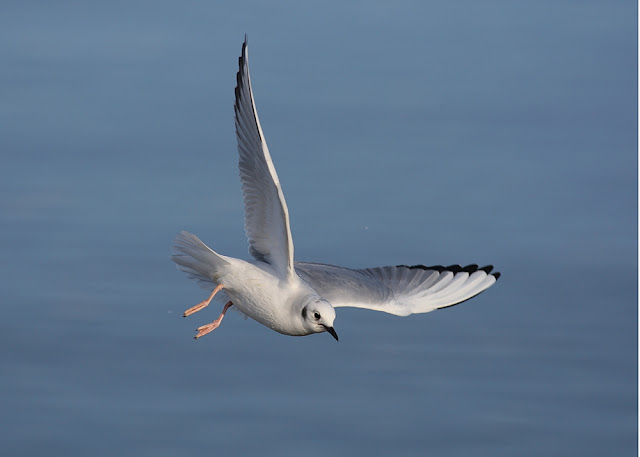 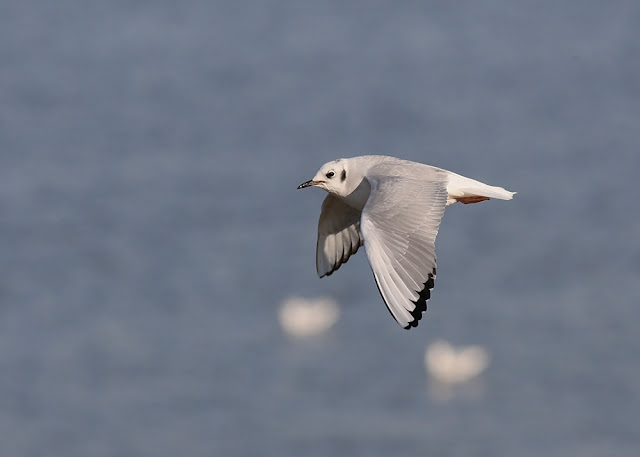 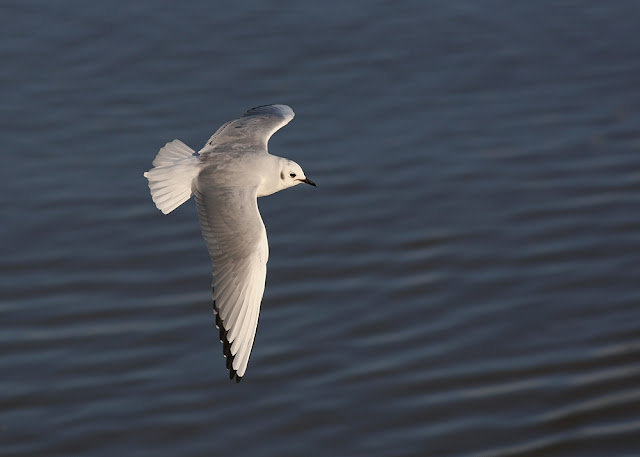 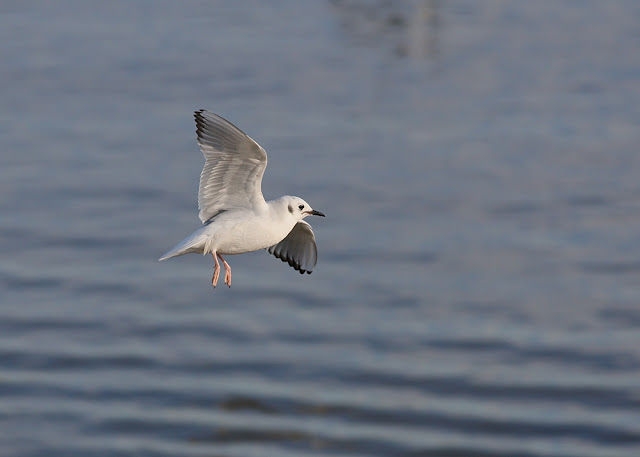 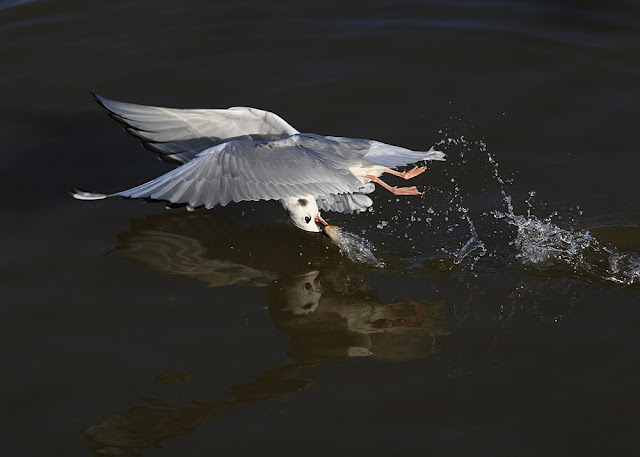 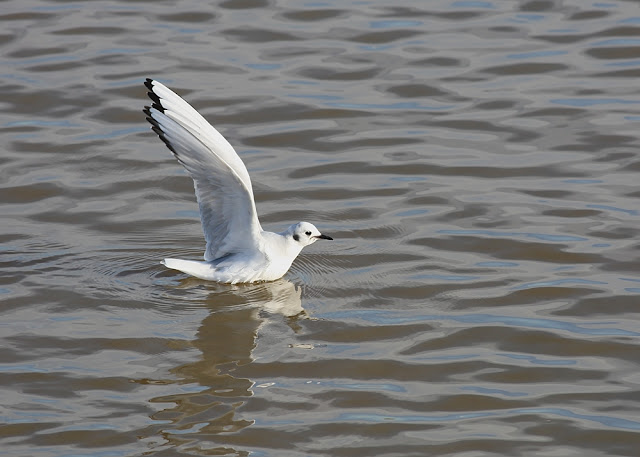 Posted by Shaun harvey at 09:26 No comments: