Just for a change I went along to Beckton Creekmouth Nature Reserve this morning for a spot of Gulling. With a few of the London birders doing well with finding Caspian and Iceland Gulls here, I thought I would give it a go to.

Almost straight away on checking the large Gulls sitting on top of the industrail roofs along the creek was a darkish 2cy Iceland Gull. It stayed only for a few seconds then flew round in a large circle before heading out to the river to sit on the mud past the outflow briely before sadly flying east and was lost to view. This bird has smudges on P10 and P9 which hopefully you can see in the images below - Kumlien's type or just a odd Iceland Gull?

I started checking through the large group of Gulls sitting on the mud along the tide line but couldn't pick out anything else other than 6 Blackwit, Common Sandpiper and a few Redshank, so I went back and checked the roofs again and found a really pale 2cy Iceland Gull. Armed with slices of brown bread I spun some out for the gull to tempt it  closer which it did so but only briefly before it too was lost to view in the melee. Two white - wingers in a morning in London, I 'm happy with that! 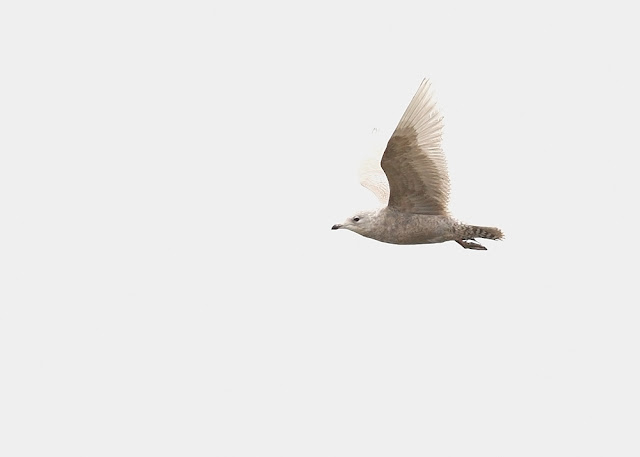 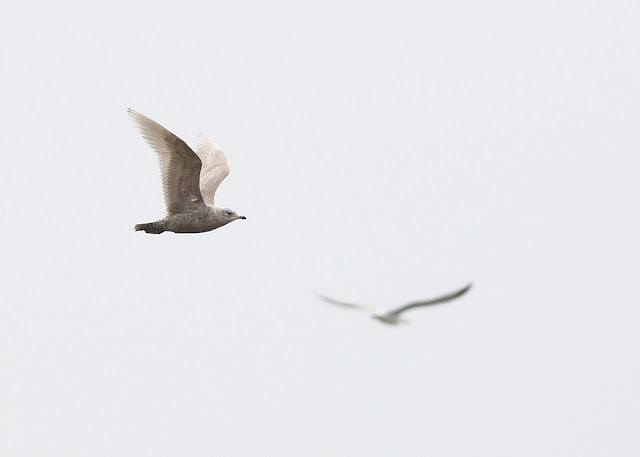 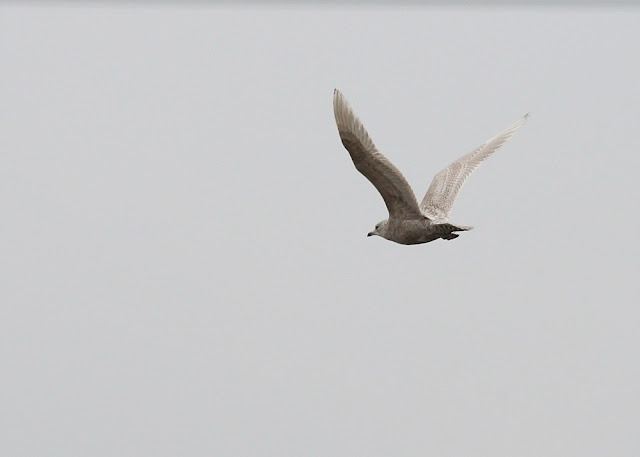 
The images below are of the second bird, a nice pale bird. 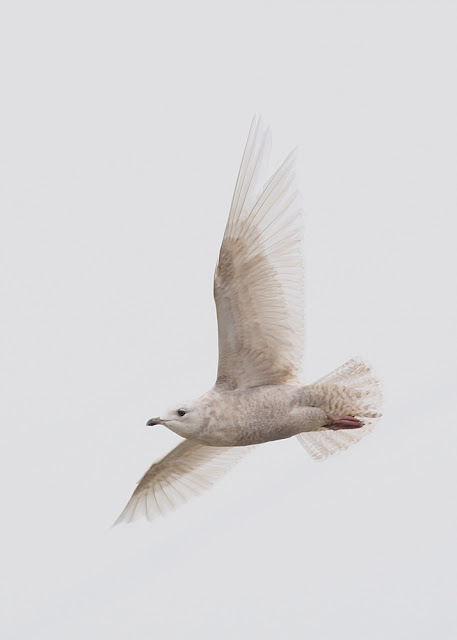 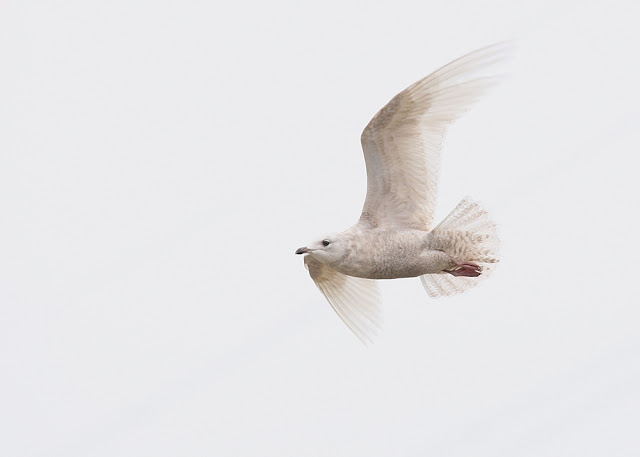 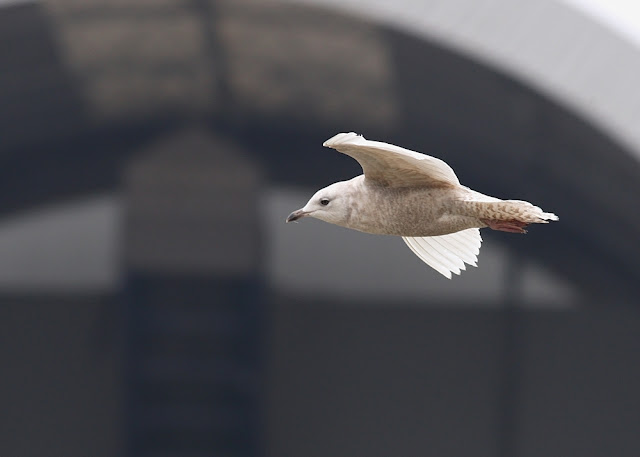 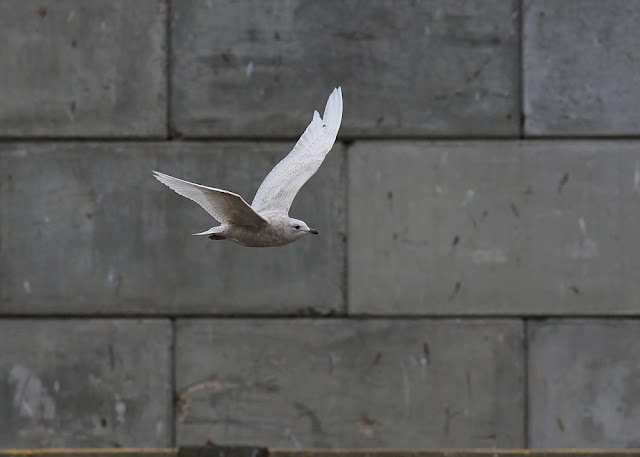 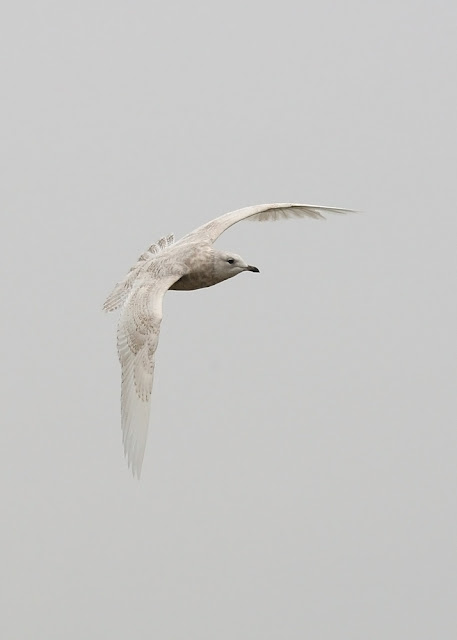 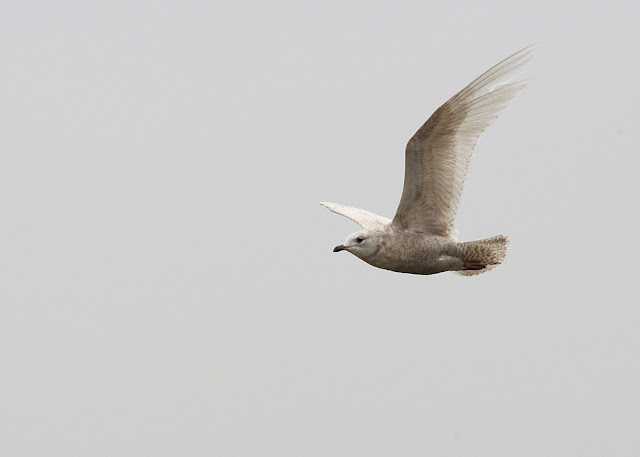 On Saturday afternoon Paul H and Dave Mo had a Iceland Gull here to and checking their images it seems to be another bird..
Posted by Shaun harvey at 11:25 No comments:

Despite the slow start on the patch this week and making daily evening visits without finding or seeing anything new, it took till Thursday evening after work I could actually patch tick something new  in form of a pair of Red-crested Pochard on the reservoir found by Paul Hawkins. With 3 Chiffchaff on Friday in the sunshine, the patch was feeling much brighter than the previous few days.

Saturday we saw the return of the beast from the east with cold winds and snow, But this delivered Golden Plover and a Red Kite  and bird of the week was a stunning Hawfinch that flew into the small wood behind the seat on the hill to roost at 4.35pm. Our first Hawfinch for the year at the valley and only my 2nd for the site. A great bird for any patch and it or another bird was seen on Sunday morning by Dave Mo and Paul Hawkins. So with Hawfinch being my 90th for the year the good form continues here at the Ingrebourne Valley.

Trying to juggle birding and photography has been difficult on the patch as I'm keen to find new birds for the year list and keep ahead of the chasing pack ;) 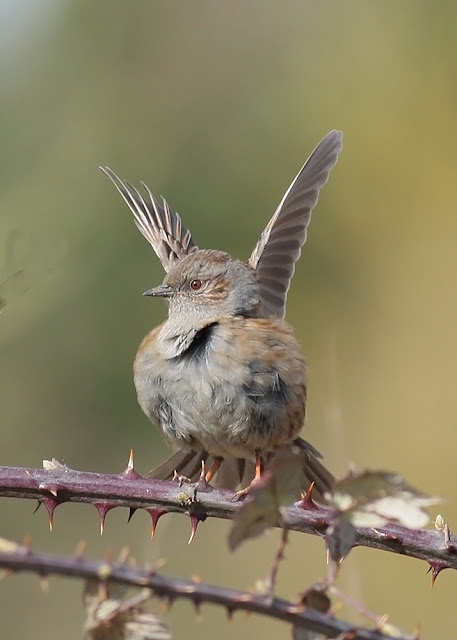 Dunnock displaying near the viewing area on Friday in the sunshine.

Posted by Shaun harvey at 12:45 No comments:

Walking in a Winter Waderland

Made a early start this morning on the patch and  was rewarded with a Woodcock on the deck in the snow near the bomb hole (82) good views of it until I got the camera out of the bag-typical. After putting the camera away I headed towards the reservoir checking through the large number of duck 30+ Wigeon, Gadwall, Coot etc, I then moved around the corner to view the small island and there on the ice was 2 Dunlin (83) good birds for here and only my 2nd record for the site. A quick record shot see below, I phoned the other valley lads and the Dunlin flew towards the island for much better views. 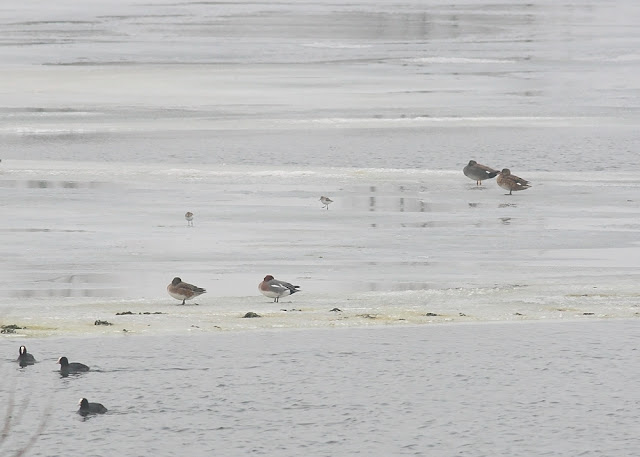 And by this time Paulboy, Martin B and Dave Mc arrived to patch year tick them followed later by Dave Mo. 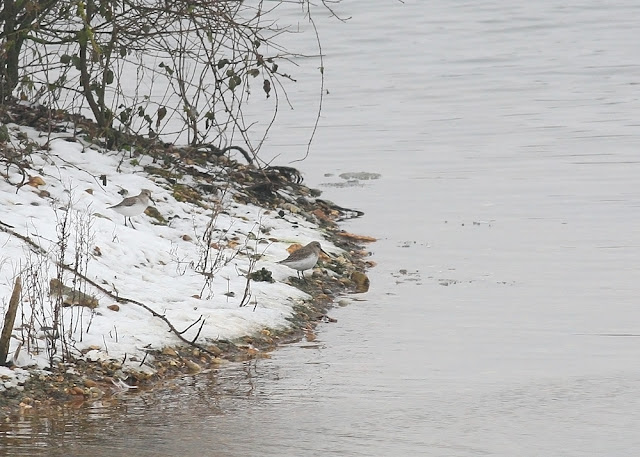 With Dave Mc and Martin now having other things to do for the rest of the morning Paul and I carried on towards the farmers trail and flushed a Jack Snipe (84) out of a small ditch which dropped back down into it 25m along in front of us. Luckily  Martin wasn't to far away for a return visit and enjoyed a quick flight view as below and then had to leave the valley again for a second time. 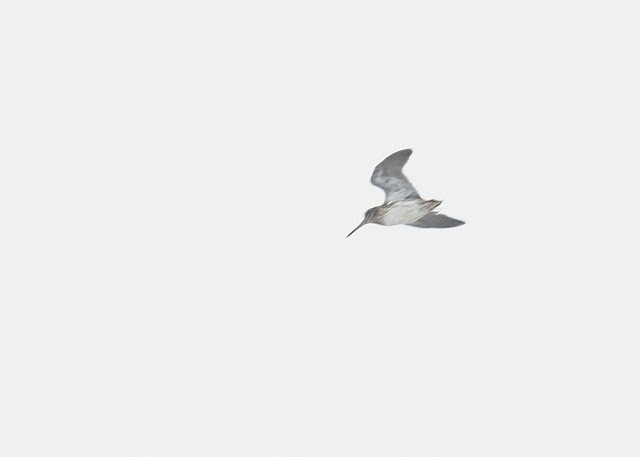 With Dave Mo playing catch up Paul and I done the decent thing and awaited for him to arrive but unfortunately the small snipe stayed out of sight. However 2 Grey Partridge in the ploughed field (85) a site tick for me and Paul, Dave was once again smiling as it was a patch year tick for him too.

The weather no doubt played a big part in what was a terrific local mornings birding displacing some good scarce birds on to the patch and does make you appreciate how hard it must be for common or scarce birds to survive the cold temperatures we've  been having this week. 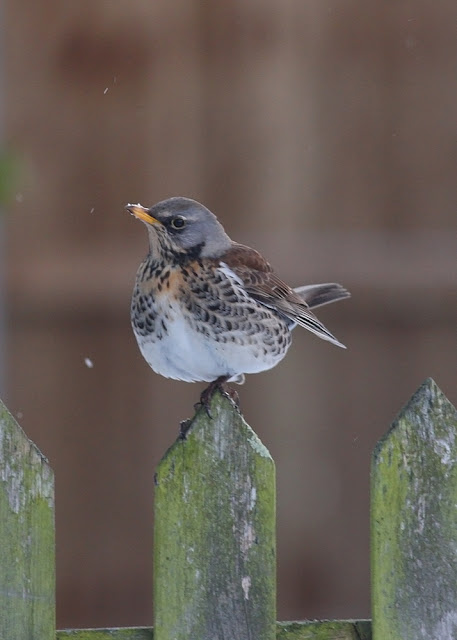 We never get Fieldfare in the garden but like most birders this week around the country it was really pleasing to have one guarding the apples we put out for the local Blackbirds.....
Posted by Shaun harvey at 12:47 No comments: