The garden list for Red Kite is two in twenty three years living in Hornchurch but on Saturday morning after Dave Mc phoned to say that one was heading my way. I made a quick dash inside to grab the camera to get a record shot of the 3rd for garden. Not long after two Buzzard went over and then another two Red Kite flew over together.

A Sunday morning jog around the Ingrebourne Valley over near Berwick ponds yielded a patch year tick in form of a Bearded Tit calling in the cut, which was a bonus and then on Wednesday evening the patch served up a young Tawny Owl calling in the woods for a whopping 92 for the patch year list. 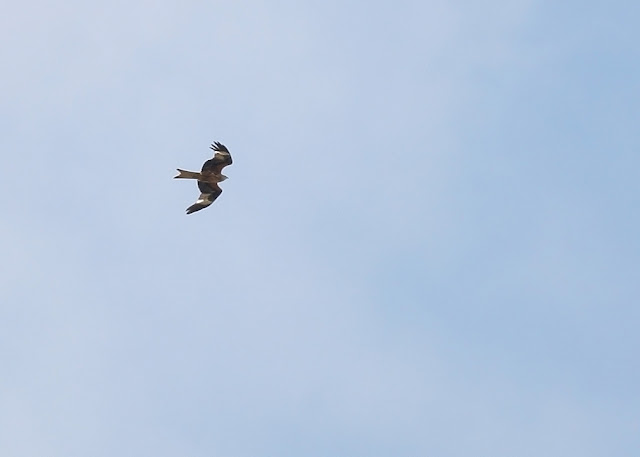 One of three Red Kite over the garden on Saturday.
Posted by Shaun harvey at 11:01 No comments: