Having spent 8 hours at work on Saturday, I was looking forward to getting out over Rainham Marshes late afternoon. I kicked off with a Adult Yellow-legged Gull on the foreshore at Aveley bay and 3 Stonechat along the way towards the stone barges. Checking the river again I pick out 2 harbour porpoises mid river- good record for here.

Back on the path heading to the stone barges Reed Buntings and Chaffinches were moving through the small narrow bushes on the right hand side and a few Robins.Then something called 'teck' 'teck' from the bushes close to the green metal fencing then again 'teck'- what the bloody hell is that!. Then a little brown job is moving its way up through a hawthorn bush after not seeing anything for minutes, I get a glimpse of a big supercilum going over its eye Dusky Warbler get in!. A quick check on google on call and ID that I'm not going mad and I put news out to the local birding group and via Twitter.

What seemed like forever Paul Hawkins , Dave Mo, DDL, Steve Smith and some other guy turn up when the Dusky is still calling and showing briefly. Such a relief when others get to see your rare find, that is a 2nd ever record for London and 1st record for Rainham Marshes RSPB.

With the light fading and still no images from any of us, luckly DDL got some good sound recording of it, it was job done.

Sunday morning arrives with a extra hour lay in and so does news that the Dusky Warbler is still present but further along from the barges in the fog, I go back again along with 50+ birders and some familiar faces around we all get descent enough views of this little gem from Siberia.

With Paulboy finding a Grey Phalarope on friday at Coalhouse Fort and Tony Brown finding  Great grey Shrike is been a very good weekend for the east London birders......

The Long and Shore of it

After birding the valley and Rainham Marshes for the last few months it was nice to go somewhere else for a change. So along with Russell Sheriff we made our way to Kent and started off at Recuvler, as we walked past the towers about 200m a Lapland Bunting  flew up calling and landed on the sea wall then dropped down on the beach again. With the camera still in the bag I was lucky to get a record shot of it as it quicky moved on. 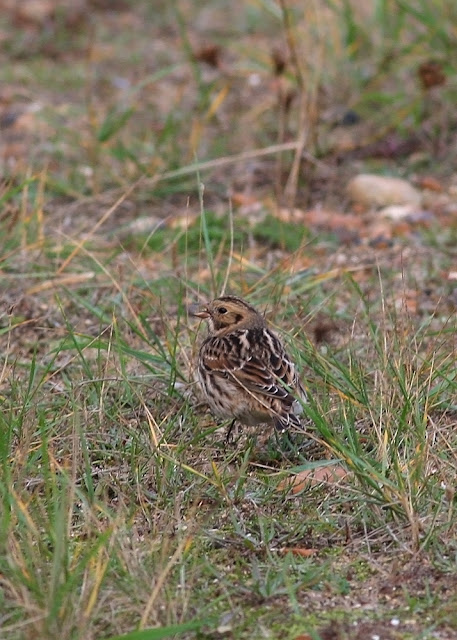 A bit further down from the towers the 2 Shore Larks were feeding on the shingle and showed really well in the strong wind on Wednesday morning. Cracking birds! 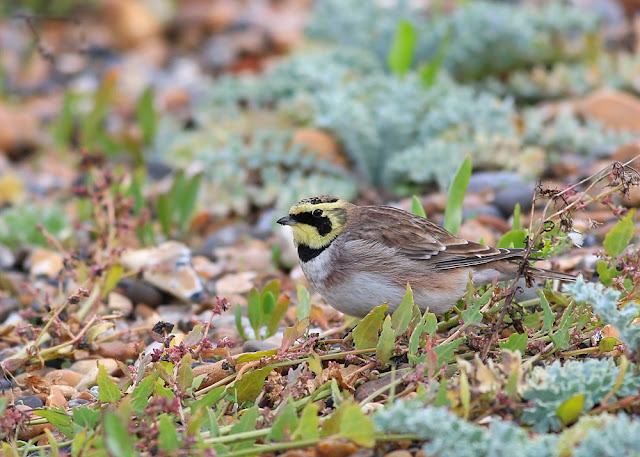 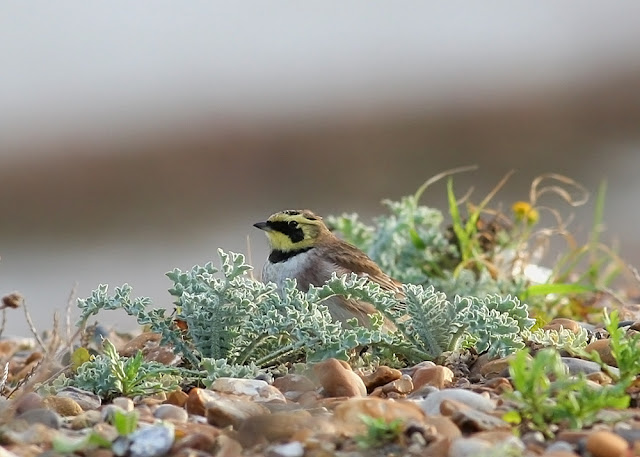 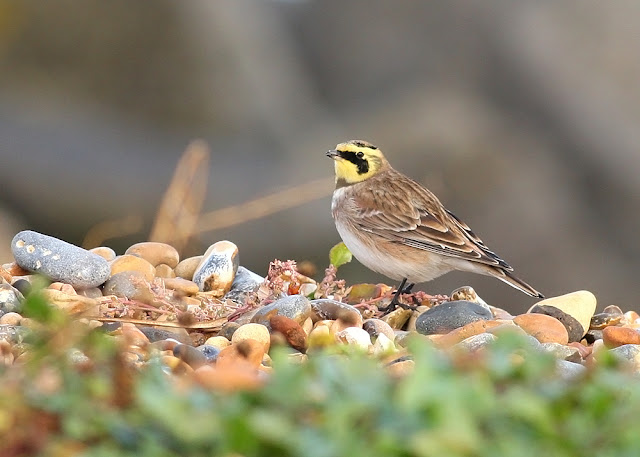 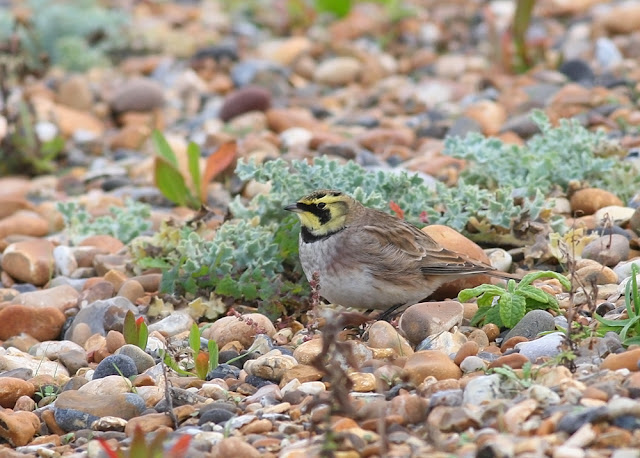 And just like the Lap Bunt the larks moved on further down the beach and so did we for a quick cup of tea in the nearby cafe. Next we drove to Oare Marshes for the Long-billed Dowitcher which showed well from the roadside which was my second one here for the site having seen one a few years ago. 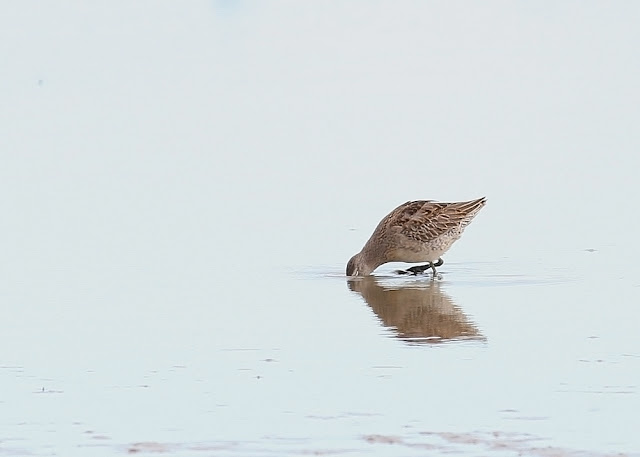 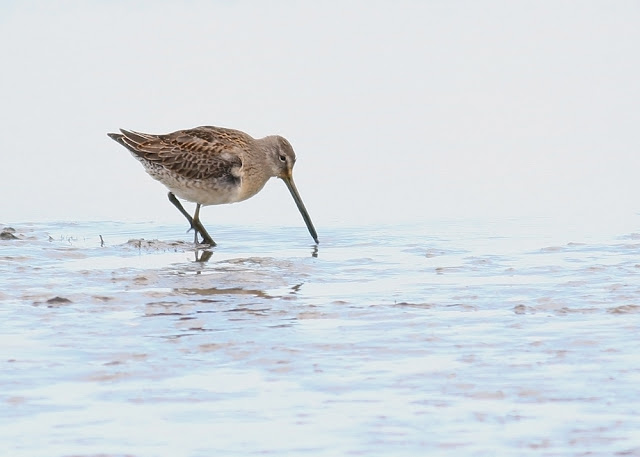 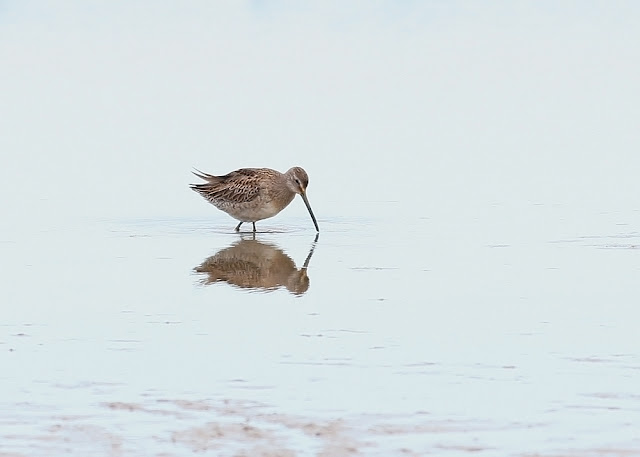 I was out looking for Ring Ouzel this morning near the stone barges end of Rainham Marshes but I could only kick up a single Wheatear. On the reserve 11 Bearded tits near the dragonfly pools were on the move but this male paused for a few moments between the reeds. 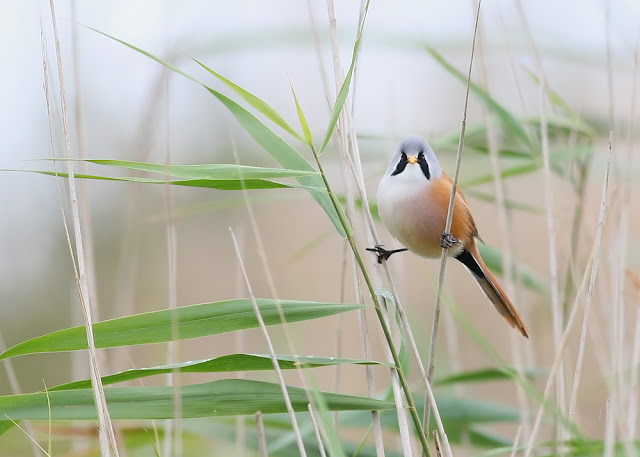 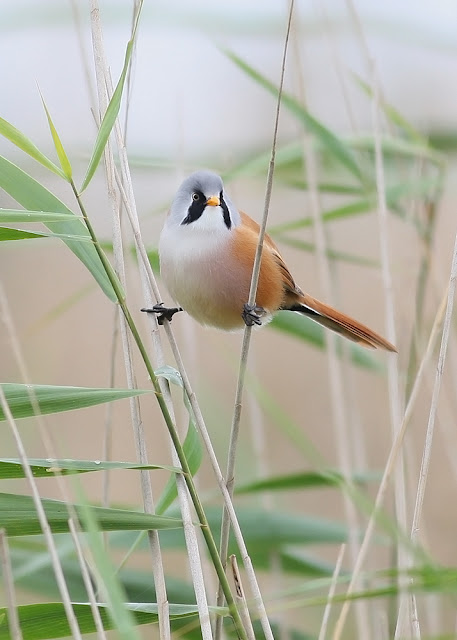 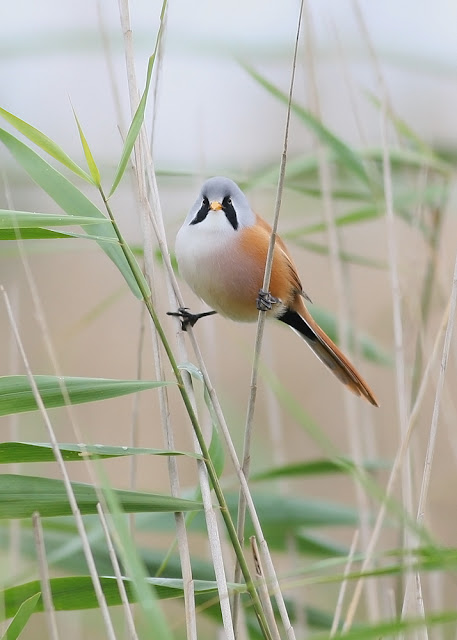 Posted by Shaun harvey at 06:19 No comments: